We are making smart doors that solve a handful of problems:

1. Energy use: Air conditioning as the world currently knows it will not be sustainable by 2050. Not many people are doing anything about it because creating a system that can match the performance of traditional HVAC with enough increases in efficiencies is proving to be nearly impossible. Some people are also trying to make air conditioners more efficient, which is a losing battle since we have reached an efficiency ceiling with air conditioning only improving around 0.5% each year. Instead of trying to make minor gains on centuries old technology, our door is designed to completely change the paradigm of how buildings are heated and cooled with up to 80% less energy used compared to current systems by actually utilizing traditional HVAC in a radical way.

2. Air quality: With air pollution getting worse every year, especially in urban environments, something needs to be done. 3.3 million people with die this year alone due to poor air quality and nearly 8 million are estimated to die in 2050. Our door has 3 modular slots for air cleaning modules that bring in new air that is cleaned up to 99.9%.

3. Air circulation: Most countries do not use central air systems. This means, to meet the recommended 20 air exchanges required per hour to have healthy air, an open window is the only option. With poor air quality, people have reduced the amount of time windows are open, leading to stagnant air that is in many situations worse than the air outside. Our door circulates new, clean air into room to keep it healthy for occupants.

4. Building Management: For buildings where people have independent HVAC, they are often used at maximum power either to heat or cool rooms before and after working hours, which is incredibly inefficient. In buildings that have central air, generally only one temperature can be set floor-wide, or even building wide which is also very inefficient. Our building management system (BMS) will utilize Artificial Intelligence to control and adapt temperatures building-wide in real time without the need for technicians or human intervention.

5. Smarts: Our door also has 3 modular smart accessory bays to include things like fire extinguisher systems and security systems which can be helpful for older buildings that can't easily add such things.

All doors will be able to communicate with each other via low-latency 5g wireless radios, allowing for real-time notifications in case an emergency such as a fire happens anywhere in the building. 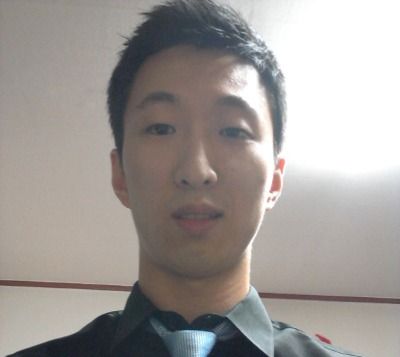 Joseph Hill
CEO
Joseph is the CEO and co-founder of Zephframe, a company created to solve one of the biggest environmental issues of our time. He attended Indiana University for telecommunications and loves sustainability and building things.
LinkedIn profile
Contact Joseph